This blog is here to help aid you in finding the best medical suppliers for you and your family. Click here for more information.

Having a second floor in your home can provide a lot of extra space, allowing full families to spread out and grow with privacy and comfort. However, as homeowners grow older, dealing with stairs often becomes a difficult nuisance. If you're getting on in your years and have been struggling with going up or down the stairs on a regular basis, it might be time to consider a stairlift. Here's why you should think about it even if you don't need a wheelchair.

1. You Have Weaker Muscles

As people grow older, their muscles tend to lose mass and become weaker. It's often due to a lack of exercise and movement, but it's also a natural part of the aging process. As bodies produce fewer sex hormones, they also lose some of their ability to put on and maintain muscle mass, even if they do work out regularly. As a result, going up and down stairs can be quite dangerous. If you were to trip or lose your balance, you might not be able to steady yourself successfully, which could result in a tumble down the stairs or even just hitting your head.

2. You Want to Reduce Number of Falls

Falls become more dangerous as you grow older. Not only are falls a more frequent occurrence for the elderly than the young, but they're harder to bounce back from. Due to thinning bones and other health issues, it's possible that you could break something or seriously throw out your back in a fall. In addition, studies have found that once an older person experiences at least one fall, they're likely to go through more of them.

Falling anywhere in your home can be dangerous, but there's nothing quite like a fall on the stairs. In extreme circumstances, it's even possible for someone to fall down the stairs and break their neck. This isn't something that you should take lightly if you've been having difficulty going up or down the stairs at all.

While you can certainly incorporate more exercise into your daily routine and help to strengthen your body, it may not be enough to safely use the stairs. In this instance, the best thing you can do is to get a stairlift. While many people think of stairlifts as something that only the truly elderly or people with disabilities need, that's not actually the case. Using a stairlift instead of trying to struggle up and down the steps can help to prevent you from falling, tripping, and even just overworking your body to the point that you get injured. Stairlifts are more affordable and accessible than ever, so you should strongly consider getting one in order to protect your health and wellbeing. 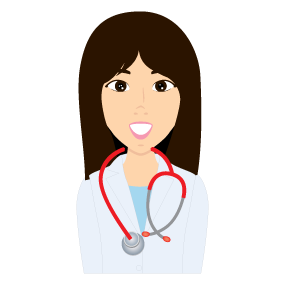 Between my wife and I, we have quite a few health issues that require the regular use of medical equipment and supplies. While it is occasionally necessary to make a quick run to the drug store every now and then, having reliable sources for these medical supplies can certainly make life easier. For example, knowing somewhere to get a particular supply in bulk quantities can often be significantly cheaper. Additionally, being familiar with different brands of a certain product and the quality of each can help avoid headaches. This blog is here to help aid you in finding the best medical suppliers for you and your family.